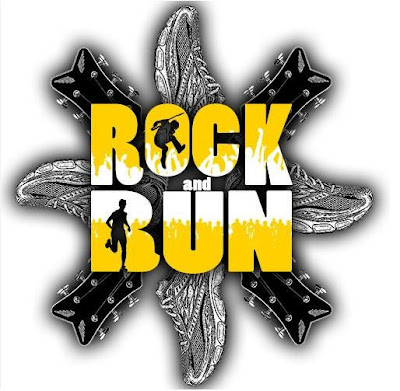 “The Country’s first Rock and Run Concert Race was held last Jun 19 at the FORT. It was powered with the hottest bands through out the race route. Among them were The Dawn, Kjwan, Taken By Cars, Brigada, Techyromantics, Coffee Break Island and many more “.
That was the Concept of the RACE, but because of the HEAVY DOWNPOUR that came 45 mins before Start Time, The Race was a DISASTER!
Let me explain:
My wife and her friends registered for the 5k event, while I registered for the 10k event. We arrived at least 1hour before Gun Start, and parked our car very near the staging area. As my wife and I were getting ready for the race, we could already see a mean dark rain clouds with matching thunder & lightning coming towards us. I said to myself, “YES! My dream race is about to come true!! It’s going to be a ROCK, RUN and RAIN RACE!!!!!! “

But we were in for a SURPRISE, as it wasn’t just raining, but it was POURING LIKE CRAZY!!!
Even before the race started, we were all soaked to the bone! The streets were flooded and the Rock Band on stage stopped playing because the electrical instruments got grounded.
The race started 5 mins before 6pm (Typical Rudy B. Gun Start), but instead of a gun start, I just heard a whistle blow signalling the start of the race.
As we started, I glanced at the Race clock and it was still on 00:00:00 as it was also grounded.
As we proceeded with the race route, the rain just got incredibly stronger! It was so strong that it already hurt our eyes and skin with every drop.
Some areas of the race course was flooded that we had to run on the side walk. There were no marshals that can be seen, and direction signs on critical areas were also missing. There was no car control as we were already running with the cars beside us, and worst, some were even heading towards us.
Water Stations? What water stations? The rain and wind blew all the cups AWAY!
IT WAS JUST A TOTAL DISASTER! A RACE ORGANIZER’S NIGHTMARE COME TRUE HAPPENING RIGHT BEFORE OUR EYES.

But you know what? Despite of the TURMOIL & CHAOS? THIS WAS THE BEST RACE MY WIFE and I HAVE EVER JOINED!
IT WAS INCREDIBLY FUN!
Everyone knows that I love Running in the Rain, but to Race in HEAVY POURING RAIN was pure HEAVEN for me.
I was enjoying it so much, that I felt like I was flying full speed, and I was not even getting tired!
I jumped over water puddles, gave high five to the street kids near the British school, picked up the pace around the corners, smiled at the T.V. crew parked in front of Saint Luke’s hospital, chased other runners ahead of me, and I even smiled and waved at them rude motorist. Hahaha!
But what I enjoyed most about this race is that it brought back many FUN-FILLED memories of me as a child when I would go out and play in the rain.
Running is not a sport but a way of life. If the race doesn’t turn out the way it should be, because of certain circumstances beyond the organizers control then don’t take it so seriously, and take it as a challenge, but most of all, just ENJOY IT!
Because that’s what running is all about! Enjoying what you like to do!
It was great to feel like a CHILD Again.
THANK YOU ROCK AND RUN! You made my Saturday night the BEST night ever!
My wife and I truly loved it!!!!! 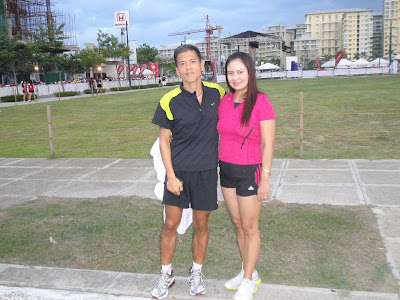 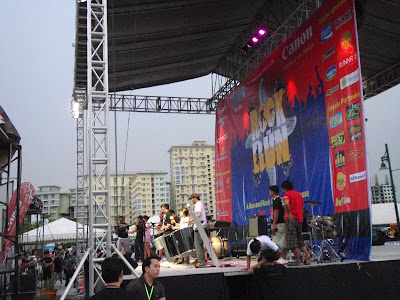 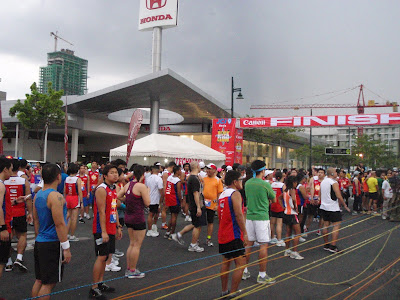 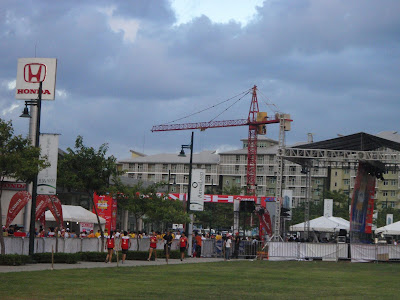 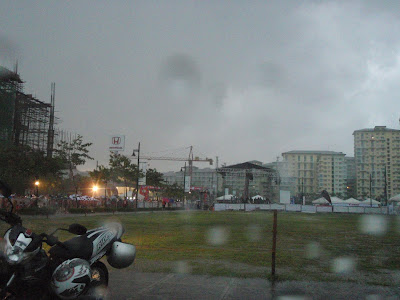 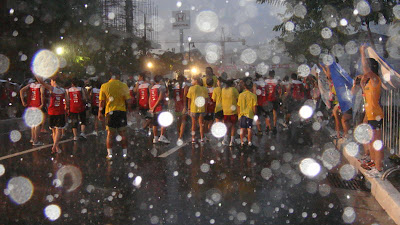 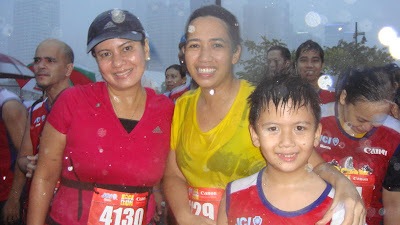 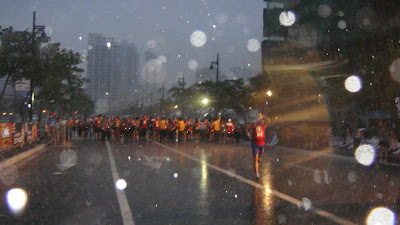 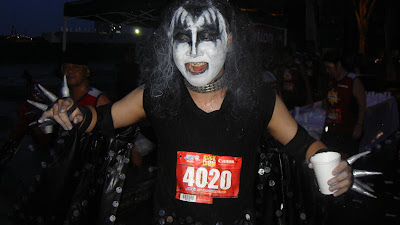 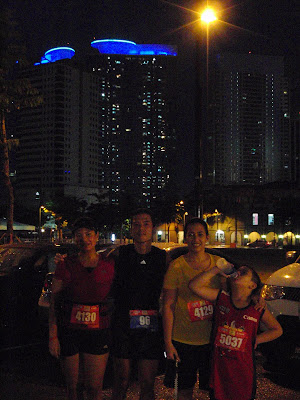 Totally drenched after the race... but loving it !!! 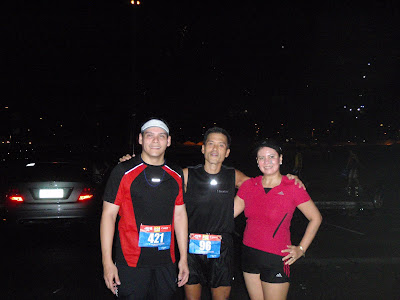 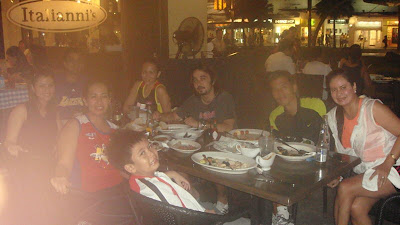